Greg Williamson is back right where he belongs to, with a great 17th place at the Mont Saint Anne World Cup, which ends a string of bad luck for the UNNO Factory Racing rider. The classic canadian venue proved to be as challenging as ever, not only for its fast and rough track but also for the changing weather conditions, with strong rains that heavily influenced the first training session on Thursday. For Friday’s qualifying runs the track had definitely dried out but was

still slick in spots – both Greg and Taylor played it safe and landed a spot in Saturday’s finals. Taylor Vernon set off early but unfortunately couldn’t complete his run after a hard crash, no major consequences but definitely not the way he wanted to end his weekend. After qualifying 33rd Greg improved his time massively and had a long stint on the hot-seat, proving yet again what he’s capable of. The next and final round of the World Cup will be in La Bresse, France, on August 25th, 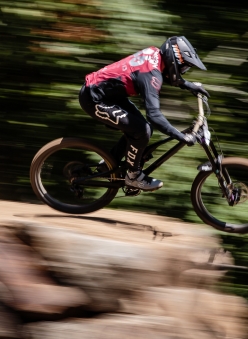 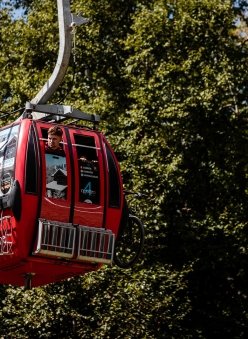 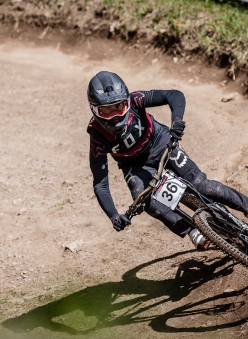 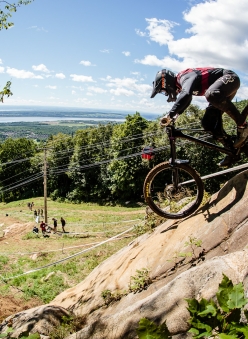 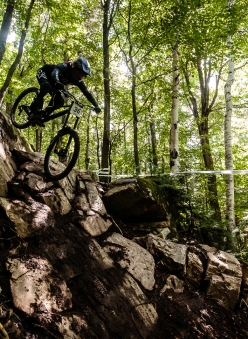 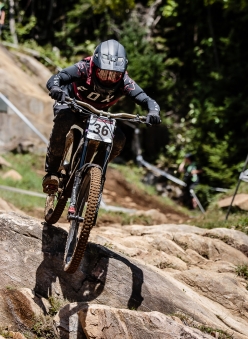 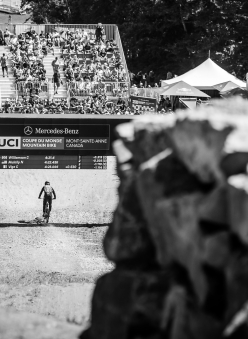 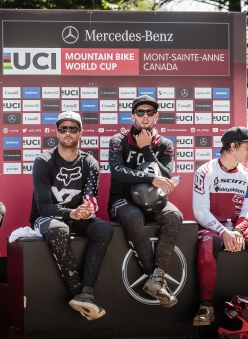